We are halfway through the month and this is our first post.  Nothing really exciting has been happening here.

The Dallas Cowboys lost last night.  We were cheering for them since we are here.  It has been fun being in a playoff city.  People have been decorating their yards and people have Cowboy flags on their cars.  It was a good game.  It started off slow for our team, but then it turned very exciting.  During the game, we had heavy rain that knocked out our satellite.  Mom and Dad were rushing around trying to get it to work on the antenna. After the game, tornado sirens went off.  Mom's phone keep saying "TORNADO WARNING".  She was scared.  I guess we didn't shut our front door correctly because we had a waterfall coming inside.  Mom open and shut the door and then it was fine.  We had a stream going through our site and our door mat floated away.  We found it later.  It rained really hard for quite a while.  There was flash flooding and some cars got stuck on the highway.  Our campground has flash flood warning signs, so we were wondering if everything was okay here.  We were finally able to go out when the rain slowed down, but didn't venture far as the water was covering the folks shoes.  Around 11 p.m., I decided I needed to go out again, so Mom took me.  The streets were still flooded, but we walked through it anyway to see if the water was out of the bank.  It wasn't, but we discovered this morning that it had at some point last night. The sites on the opposite of end of the campground were flooded.  We are more on an incline.  We are drying out today.  It has been raining since Friday. 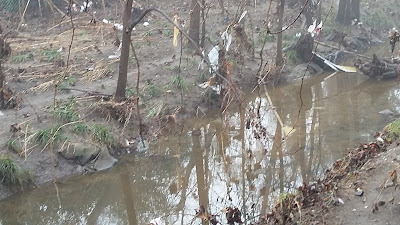 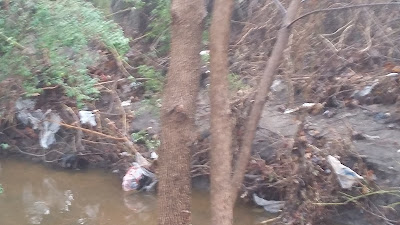 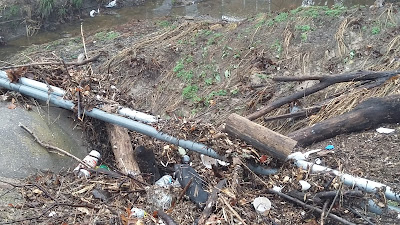 It was cold here last weekend.  We were below freezing for a few days.  We went through $60 worth of propane in just a few days.  It was 14 degrees one night.  We were nice and warm, but heating an RV is different than a house.  Mom does not like living in an RV in cold weather.

The folks went to an RV show last weekend.  Mom wasn't happy that parking was $15 and it was $12 a person to get into the show.  She said it was okay

The folks have, of course, been eating out. 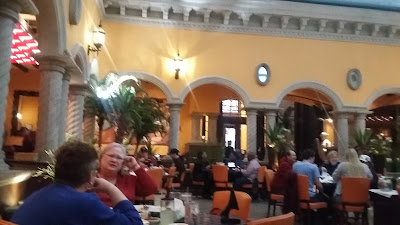 The folks thought the food was good at Abuelo's, but not as good as Pappasito's.

Mom has been binge watching Downton Abbey.  She really likes it.  She is on season 4.  Normally, we can't stream videos, but the Wi-Fi is great.  One of the workers here told us that he streams movies all the time.

We have some sad news.  Our friend, Lee, has died. He had been trying to get a new liver, but he ended up getting a virus and also pneumonia. He went into the hospital and died within 24 hours.  It was quite shocking.  He and his wife enjoyed our blog. We visited him in Memphis a few years ago.  He was a high school friend of the folks.  He introduced Mom and Dad to each other.  Last year, his wife died. Her death was unexpected.  She developed a virus and was hospitalized for a few weeks and then died. They were both in their early 50's.

We also lost a greyhound friend. Declan also known as Deccy.  He was a fellow blogger and lived in England.  He is missed by his folks and his many fans.

Joey,
The Greyhound Who Is Happy To See The Sun Today 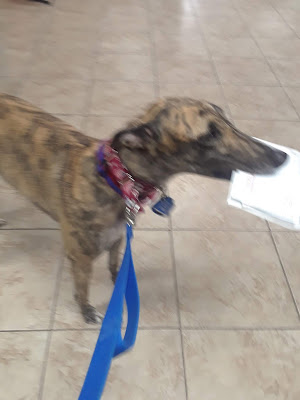