After spending eight days on the road, we are bored at home. On Monday, we had to do a lot of exploring around our house because others critters came in and tried to make it their own. Scout and I had a lot of work to do to re-claim it. Yesterday, it rained all day, so Mama wouldn't take us for walks, so we were very bored. We walked this morning and found some spots that we missed on Monday, but now we are bored again. We are itching to get back in the motor home. Mama said we are heading out next weekend for a few days.

Our vacation was fun. We basically had the campgrounds to ourselves. We didn't have to deal with any ankle biting dogs at all. We could walk where we wanted, when we wanted. We had one day that it rained the entire day. Seriously, it rained for 18 hours. We made our trips outside when the rain slowed down, but we still got pretty wet. That was the worst day, but Scout and I were able to catch up on our sleep. We went to a civil war battlefield the next day. It was not as exciting as it sounds, but it was better than staying in the motor home all day.

Here are a few more photos from our vacation. See the yellow marker? This is where the water was during the flood of '93. This was taken at Wakonda State Park. 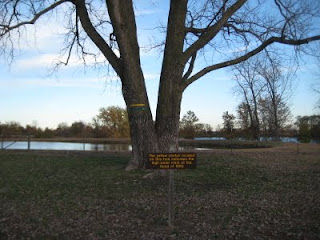 This is the view we had from our campsite at Wakonda State Park. We are going to go back next summer so we can play in the water. 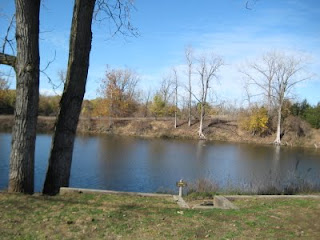 This is Mark Twain's boyhood home in Hannibal. Mama and Daddy didn't take us here. We had to stay in the motor home. 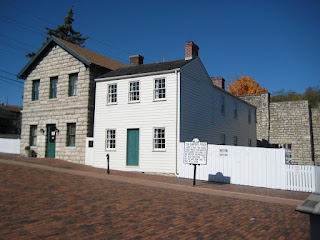 Unsinkable Molly Brown's childhood home in Hannibal. It was not open even though the sign said it was. Mama even called the day before to make sure they would be open, but they were not. 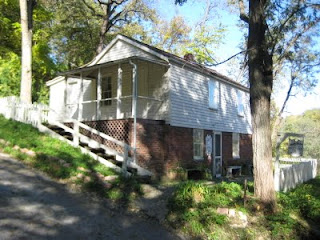 A pretty farm that we passed while driving. 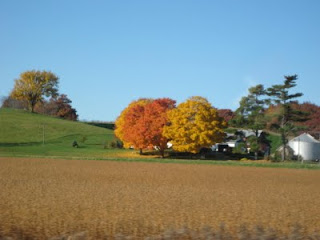 We are home from our eight day camping trip. We had a wonderful time and were sad to come back home to our boring lives.

Camping is exhausting. It is full of lots of walks and exploring. Here we are relaxing on the first day. 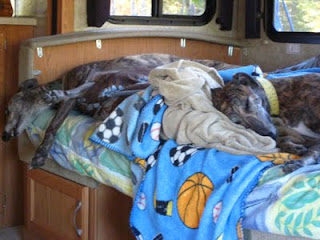 This is Scout walking with Dad. 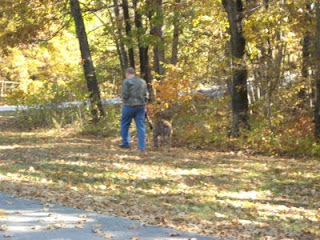 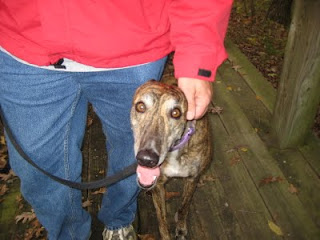 We walked along the lake a few times. 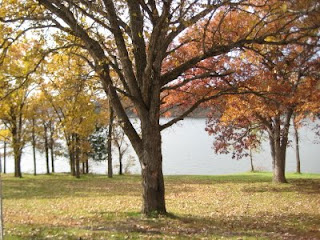 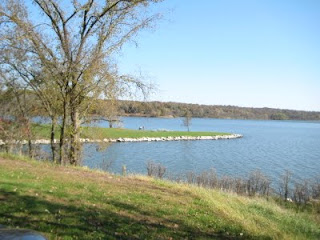 After our walks, we came back to the motor home and relaxed. 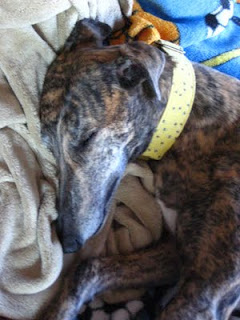 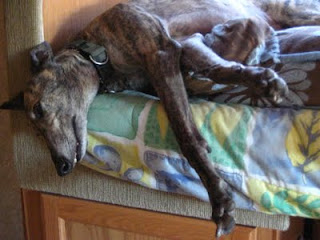 We will post more photos of our trip tomorrow. Thanks for looking!

Jack and Scout
The Camping Greyhounds
at October 26, 2009 5 comments:

We Are On Vacation!

We have been on vacation since Sunday. Mama has been taking lots of photos and we were getting ready to upload them so you all could see our adventures and we realized we left the cord at home. We can't share our vacation photos until we get home.

We are camping at Thousand Hills State Park. It's very pretty here. We basically have the place to ourselves. We have been doing a lot of walking and exploring. The weather is great, so we are having a lot of fun. There is a big lake, so we have been taking walks around it.

Mama said there is a Walmart nearby that has more fabric than she has ever seen at a Walmart, so we she bought material for some new collars. She was so excited when she got back yesterday.

Lady bugs have swarmed our motor home. There are at least ten that are inside the motor home and the outside is really bad. We can't walk outside without getting several on us. It's crazy!

We head to another park tomorrow, so our adventure continues.
at October 20, 2009 3 comments:

We just got home from camping. We stayed at a park that was full of barking dogs. They were every where. It was hard for us to walk because all of these dogs were trying to get to us. We ended up taking a trail that was right outside our door and we walked through the woods and avoided those silly dogs. We camped there one other time but the dogs were not as bad that time.

We visited a state park yesterday that was damaged in 12/2005 when a reservoir broke. It carried boulders nearly a mile to the park. Luckily, the only people who were there when it happened were the superintendent, his wife and two children. The water swept them away, but they were all found alive. If it would have happened during camping season, it would have been a big disaster. Here are some photos of the boulders that ended up where the campground used to be. 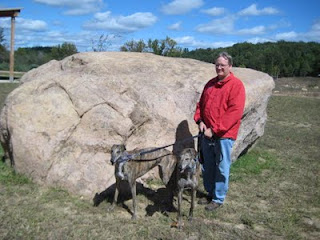 This is Scout, Me and Daddy next to one of the boulders. 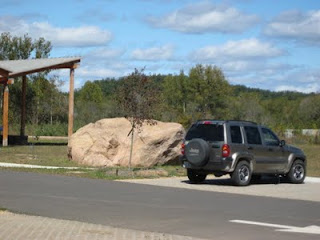 Here's our Jeep next to another one. 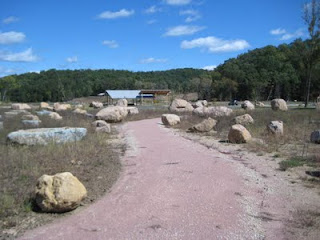 More of the boulders that were left behind by the rushing water. Can you imagine these boulders and over one billion gallons of water rushing at you?

If you are interested in learning more about it, here is a link Johnson Shut-Ins.
The campground has been moved to a new area and should be open next year. Daddy says we are going to camp there. Mama says "Why?" LOL

Mama and Scout stepped on a snake this weekend. They didn't even know it. Daddy had to tell them. Mama would have taken a photo if she would have thought about it, but she didn't. 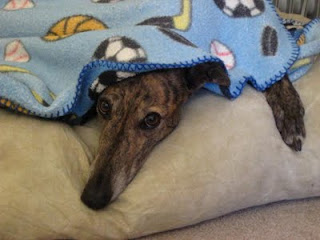 The weather has turned chilly here. Mama says I need ear muffs because my ears get so cold. I told her the blanket is just fine.

Around 11 a.m., the sun comes in through the foyer window and Mama moves my bed there so that I can soak up the sun and that warms me up. I love the sun, but it only lasts for about an hour and then I have to go back to using the blanket. I'm going to have to break out my jammies pretty soon. 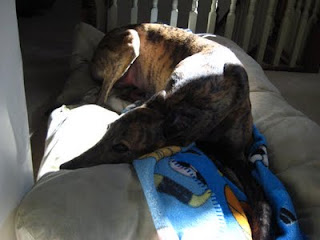 Hope you all have a warm weekend. I'm going camping with the folks.