Our next stop on our way home was Petrified Forest National Park.  This turned out to be one of Mom's favorite National Parks.  They actually allow dogs to walk on the trails, but it was so cold and windy that I only did one.  We actually broke out the winter coats while we were there. 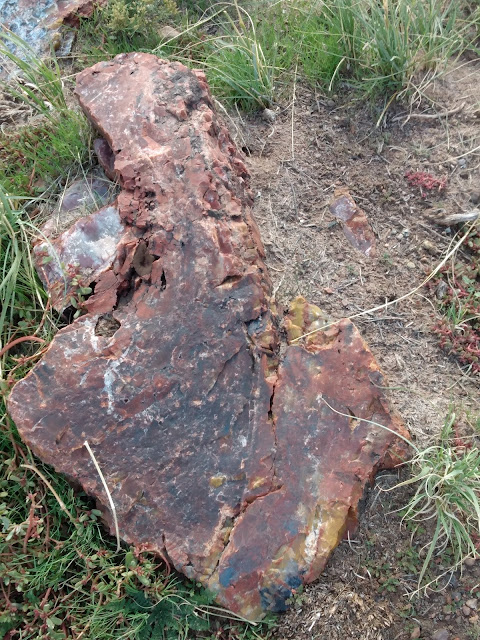 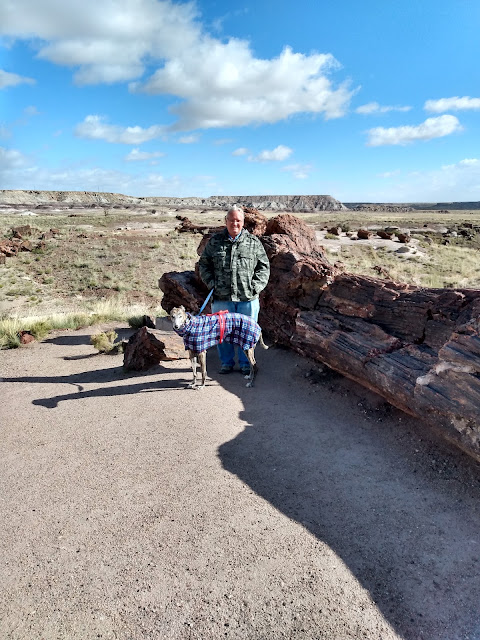 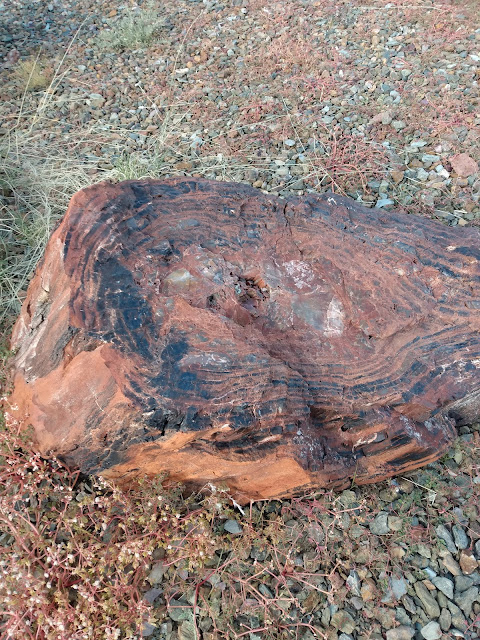 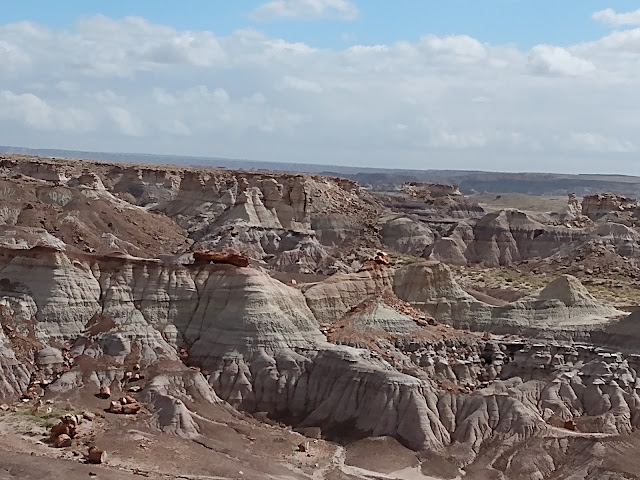 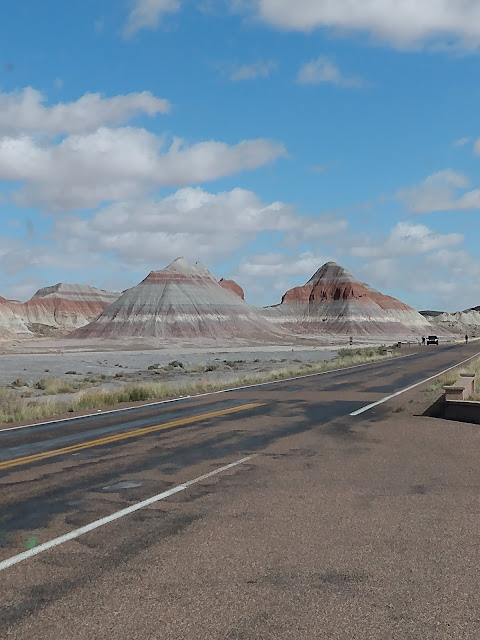 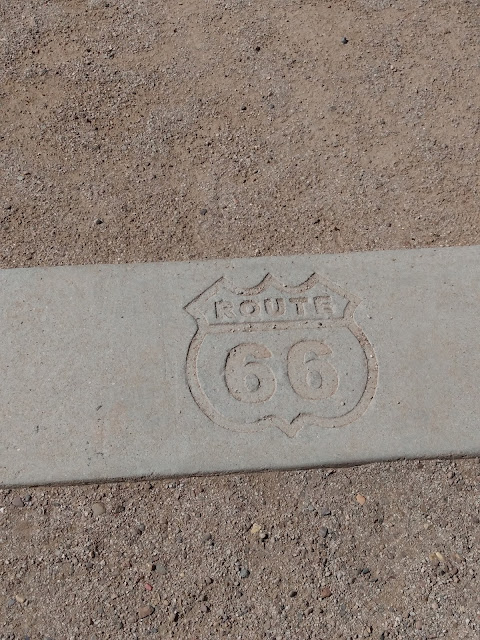 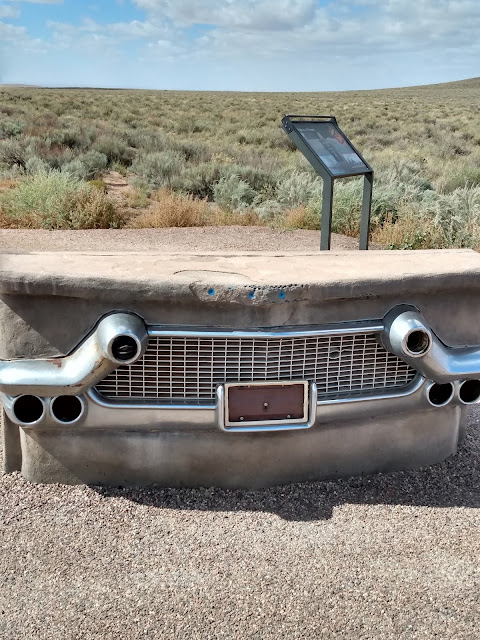 Mom has been getting her National Park Passport Book stamped since 2012.  She has wanted to get the collector editions book but no one had it until this park. She was so excited and it was priced below what she saw it for online at the National Park's store before it sold out.  The employee told her they were increasing the price at the end of the week. She plans on copying her old stamps and putting them in this one.

We planned to stay in a Walmart parking lot, but the temperature was supposed to be 21 degrees, so once again we had to scramble for a campground.  Mom called several until we came up with one.  It was actually called Route 66 Casino RV Park in Albuquerque, NM. This was a nice park and it had two dog parks.  The dog parks had grass! We didn't know for sure if they would accept us because we are in a van and they are more upscale.  They had one site left and they gave it to us. 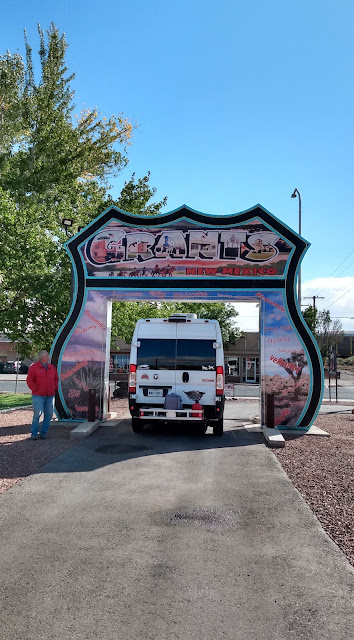