We decided to make one more stop at a national monument on our trip.  This one is called Petroglyph National Monument.  This was another one that I was allowed to walk with the folks.  Mom really enjoyed it until Dad told her that we needed to get a move on because we had to be at our campground before sunset and it was further away than he thought.  We didn't get to walk the entire trail.  We walked about half and it was an easy walk. 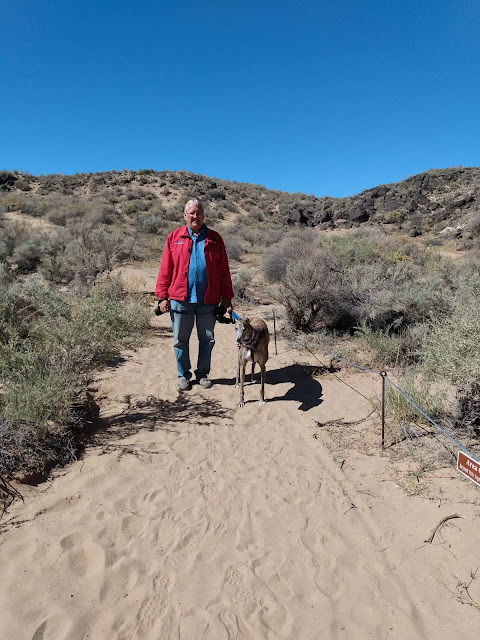 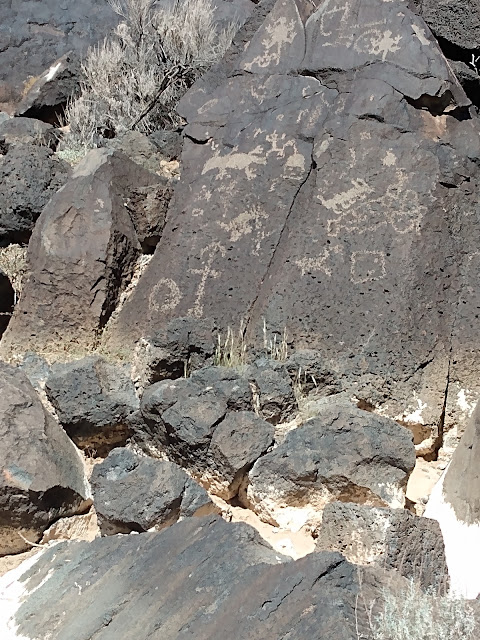 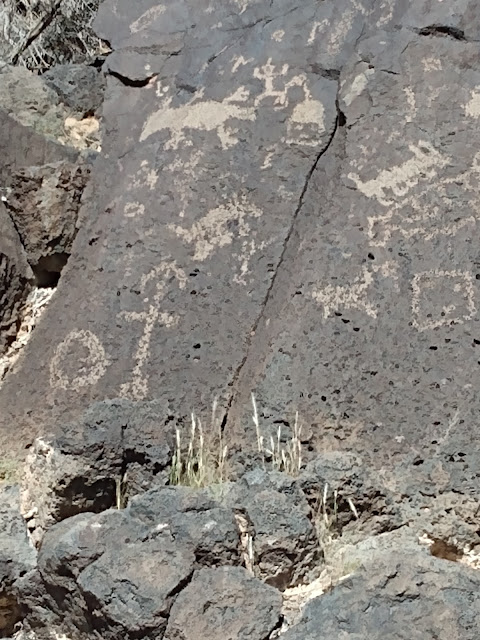 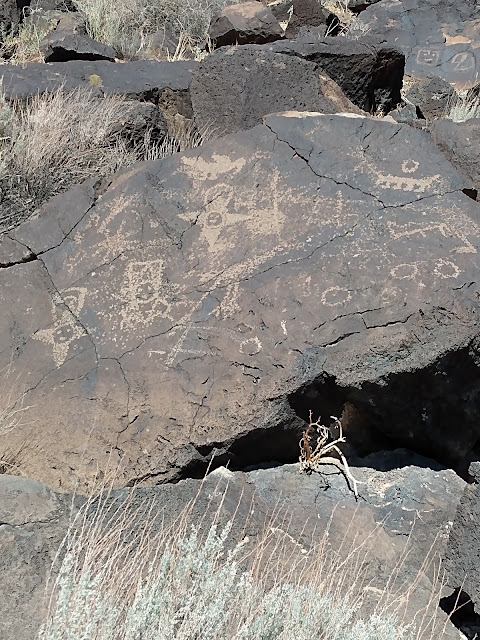 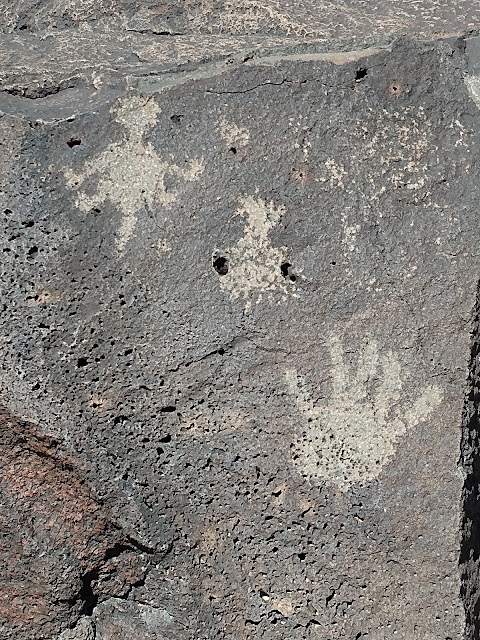 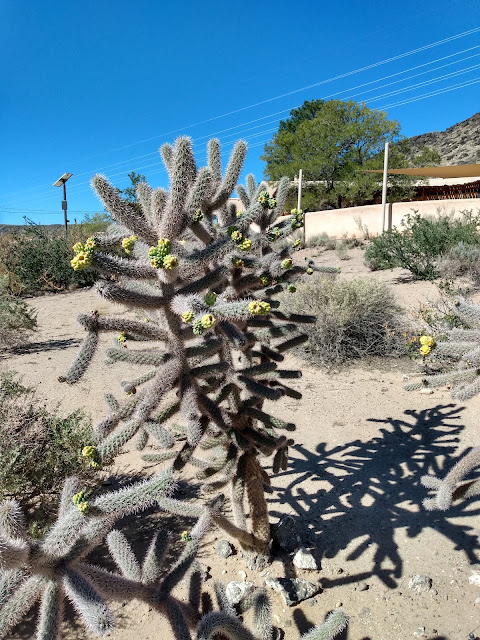 The rest of the day was spent driving.  We arrived at Leasburg Dam State Park about 5 p.m.  I did not like this place at all.  Gravel, gravel, gravel.  I had to walk across gravel to get to a trail that was a cactus garden trail.  Mom kept an eye out for cactus and rattlesnakes while we walked it.  There was some dried out grass at the end of it but no matter how long Mom tried to get me to poo, I refused.  She was really worried I would get her up in the middle of the night but I am no fool, I didn't want to walk out there again.

We left the next morning early because it was another long day of driving but Mom said we would be back in Texas. We crossed the state line early in the day, but I didn't see grass for quite a while.  We found some fake grass at a gas station and I was happy with that.  We arrived at South Llano State Park around 4 p.m.  There really wasn't grass, but there was dirt and weeds and that was fine with me. We forgot to take pictures here. Out site was nice and it was close to the restrooms.  Mom showered here but didn't like it because of the spiders.  They were large.

The next day we hit the road around 8 a.m. and we pulled into the parking lot of our condo at 3 p.m.  It was so nice to be home.  I was so excited when I walked into the condo that I jumped on the folks' bed and ran in circles.

It has been nice being home. Everyone knows my name here and they all asked how my trip was and they said they missed me.

We were gone for seven weeks!  I missed my beach and my friends, but I am ready to go again.  Mom said we are going away for a few days around New Year's, so I guess I have that to look forward to.