We arrived at Zion Canyon Campground on a Tuesday.  We drove through a good part of Zion on our way to the campground.  There is a tunnel that you must drive through and if you are too big you must pay a fee and then they shutdown the two way traffic so that the oversized vehicles can fit through.   We closed in our rearview mirrors to make us smaller but it wasn't necessary because there was a bigger vehicle in front of us.  He had to pay the $15 permit fee and we and many others after him were able to travel through for free.  We lucked out.  We left on a Saturday and we again lucked out because the park was so crowded that they just took turns letting groups of cars go though the tunnel for free.

The campground was better than Mom and I expected.  It had a paved road and the sites were a red sand.  There were a few places with grass.

The first night we were there, we decided to walk into town for an ice cream.  We were actually in town, but the ice cream place we wanted to go to was about a 1/2 mile away. It was a really fun walk.
The second day, the folks decided to just stay home with me because there was a threat of rain.  I am not scared of rain, but the campground had two flash floods this year and Mom didn't want to leave me alone.  The first flash flood was on July 2nd and it destroyed the hotel and office.  Our site was just down from the office, so it was a little scary to think we could have been there.  It ended up not raining after all. We did take a very long hike on a trail that dogs are allowed on.  The folks thought it was 3.5 miles roundtrip, but now we think it was seven miles roundtrip.  We turned around at about mile three, we think. We may have walked six miles.  We don't know for sure. We were definitely tired. 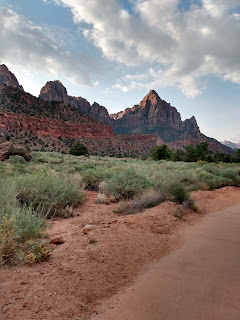 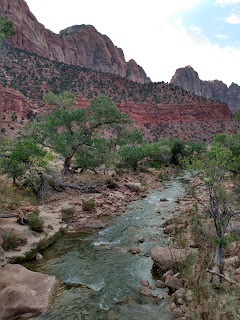 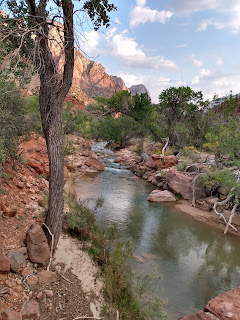 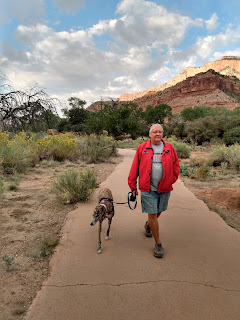 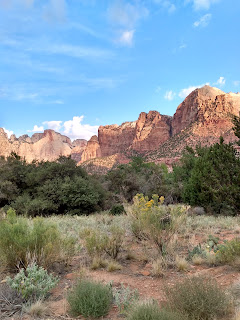 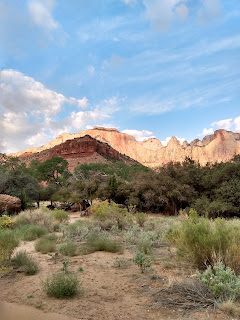 I ended up getting pretty sick the second night. I had the Big D and I was sick all night long.  I had it the day before we arrived at Zion, but it was not that bad.  This time no one got any sleep. Mom was preparing to take me to the vet when I finally calmed down and went to sleep.  The folks stayed home with me all day again.
Finally, on the third day, the folks were able to go into Zion again.  Mom had not been excited about Zion because you have to take a shuttle.  She doesn't like to be on someone else's schedule and with Covid, she really didn't want to be on a shuttle bus with people.  Masks are required at the national parks and also on the shuttles, so she felt a little better.  The folks planned on taking the town shuttle into Zion and then taking the Zion shuttle.  The town shuttle which had a pick up right outside our park was packed, so they ended up walking almost the entire way into Zion which really wasn't that far.  However, the shuttle stopped at the last stop before the park and picked them up.  They then got on the Zion shuttle.  The folks ended up taking a two mile hike.  They took the trail that leads to The Narrows.  The Narrows is a hike that you do through the water.  They only did the hike to the water. 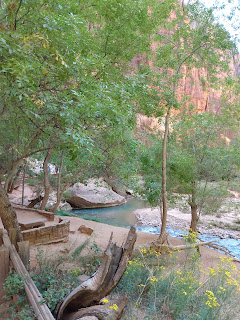 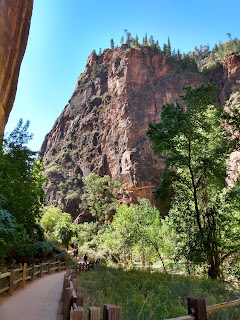 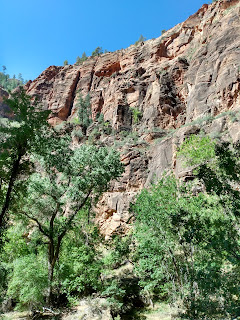 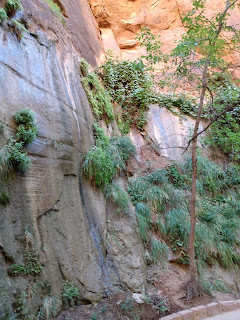 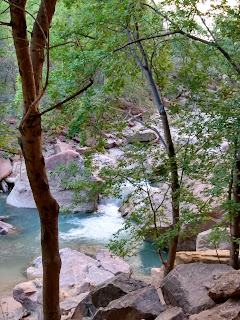 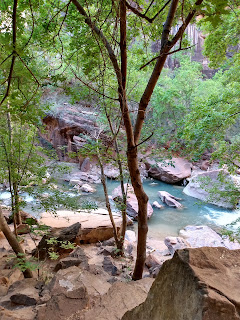 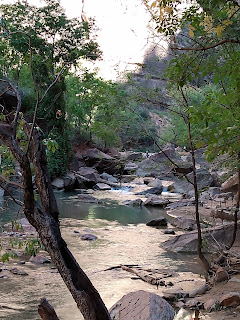 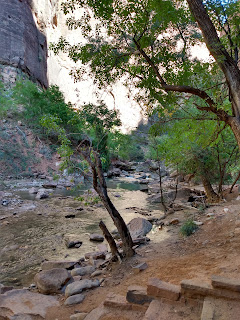 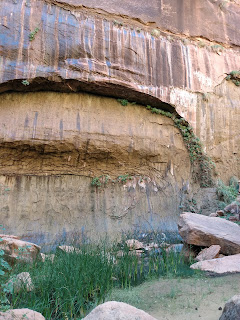 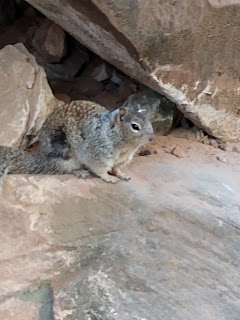 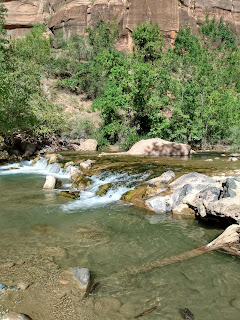 We really don't know why people love Zion such much and why it is so popular.  I guess it is because of the hikes such as The Narrows and Angels Landing but if you are not into hiking, then to us, it wasn't that great.   Have you heard of Angeles Landing?  If not, check it out on YouTube.  It is a really scary hike where you use chains to climb up the mountain.  There is no way my Mom would ever do it. She has found that she really does not like hiking that much especially where she can fall off a mountain or a cliff.  She gets really scared.

We left on a Saturday and made our way to Kanab, UT where the big greyhound event is happening and grocery prices are better.
Jaxson,
The Greyhound Who Is Feeling Much Better