We came to Kanab, UT for the greyhound gathering which is called the Sighthound Shivoo because it is not just for greyhounds anymore. There were other sighthounds there.

The event began on a Friday night.  The first event was a talent show.  I did not participate, but I definitely could have because I know how to sit, stay, lay down.  Those were the basic things that the dogs did.  I also am an excellent package carrier.  Mom decided that I probably didn't want to get on stage and she was correct.  I did learn how to bark at the event.  Most of the greyhounds did a roo which is basically a howl.  I just barked and at the end I did a roo.  I tried to get the rooing going again but no one listened to me. 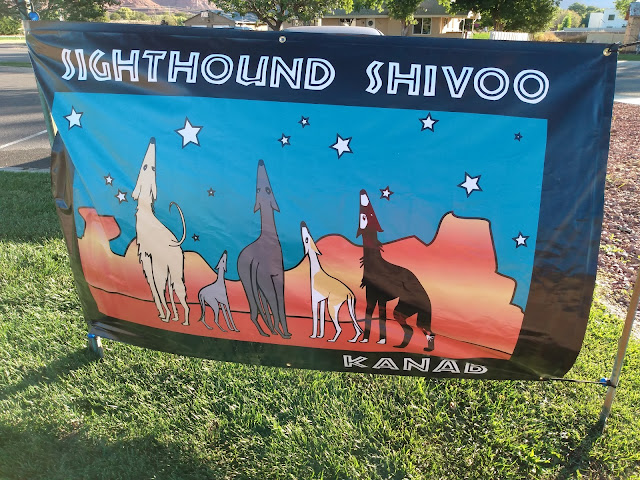 The second day of the event, we were supposed to go on a hike.  It was canceled due to rain. It rained all day.  The event was supposed to be held outside, but it had to be moved inside.  I don't really like to be stuck inside with other hounds because I don't like hounds sneaking up on me and sniffing me while I am relaxing, so I stayed in the van.  The folks went to the event in the afternoon to listen to a few speakers and to shop. There was all you can eat pizza from Pizza Hut for dinner.  An auction was held and grab bags were given out.

Saturday was our parade.  I dressed in my Mardi Gras outfit.  There was supposed to be music, but there was a problem with it, so it didn't start working until we were done.  I won a collar for my costume.  Mom was happy about that.  The afternoon was another day of auctions and grab bags.  I won a coat and a purple leash that goes well with my Mardi Gras outfit.  Lunch was chicken pitas but it wasn't really chicken. We spent the evening at Best Friends which is an animal sanctuary.  We took a driving tour of Best Friends earlier in the week.  It was a chilly night at Best Friends.  It was held at Angels Landing.  There was a happy hour with wine, beer, nuts and dog treats.  There were also auctions and grab bags.


The last day of the event was on a Sunday.  I participated in the Blur of Fur.  This is where the hounds show off their running skills.  The folks didn't think I would run because I don't like to run.  I rarely run when given the chance.  I found the event very exciting.  I loved watching the other dogs take their turn to run.  Each dog runs by themselves with their Mom or Dad calling them.  I was more than ready when it was my turn, however, just as I was ready to show my stuff, they stopped the action.  The dog before me didn't want to stop running and they couldn't catch him.  I had to wait.  I lost a little bit of my excitement but I was still clocked at 15 mph by the radar gun.  Mom said I would have been faster if they hadn't made me wait.   The folks were really impressed with me.  There is a video but Mom can't make it work here.

After the Blur of Fur, I decided I was done with the event and went to the van and watched TV. The folks had lunch which was an Indian Taco. There was another auction and the last of the grab bags were handed out.  That was the end of the event. 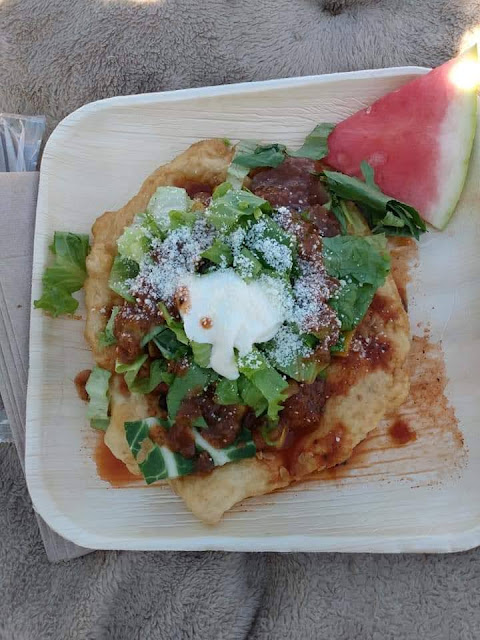 We enjoyed the event.  The people were nice and it was well organized.  We were given nice program booklets that told us where everything was and it included maps. The event included three meals and there was more than enough food.  That has not been the case at the other event we have attended. 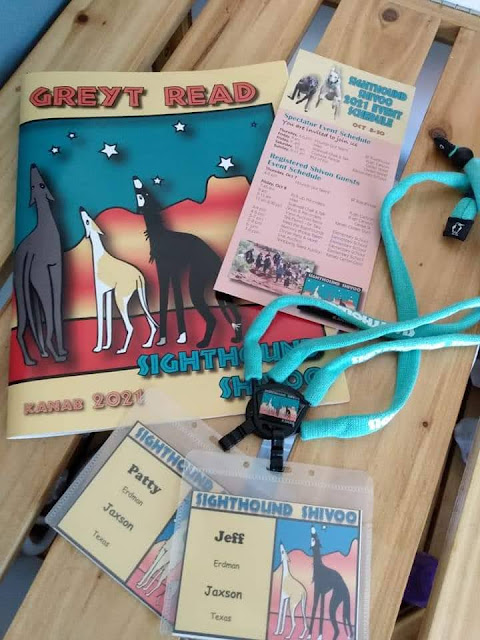 We enjoyed our time in Kanab, but with the event over it was time to hit the road and held home.

The Greyhound Who Can Run When He Wants

The New Recliners Have Arrived!

Mom has been stalking the delivery of our two recliners for the past week.  They both shipped from North Carolina on the same day but when ...